Strange weather has hit the coast,so far much of the rain has held off but the humidity comes and goes. Meanwhile harbor activity goes on. The fishing vessel "Miss Trish II" was in the process of unloading her catch when an expensive and hard to replace fitting on their onboard crane broke loose and headed overboard! No problem with Salvi Benson around. The all time St. Peter's Fiesta Greasy Pole Champ and "Jack of all marine trades" donned his scuba gear and recovered the part on the muddy bottom in about ten minutes.
The cruiseship "MS Eurodam" made another visit as 2100 passengers explored the waterfront. One nice couple from Oklahoma even found their way to the dock where I was working. With clipboard in hand I didn't have my camera ready but caught them as they waved when their shuttle went by! 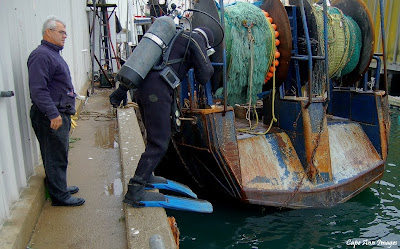 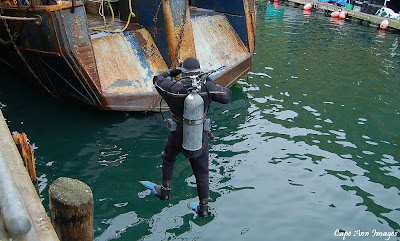 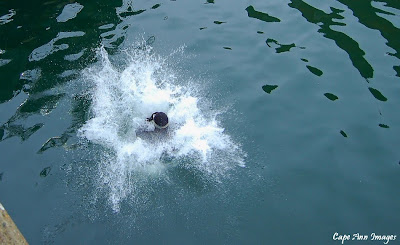 Back up to get his bearings. 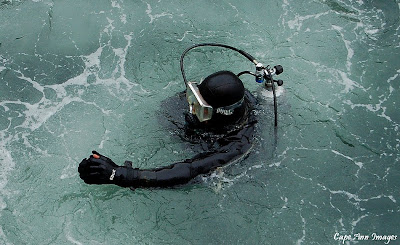 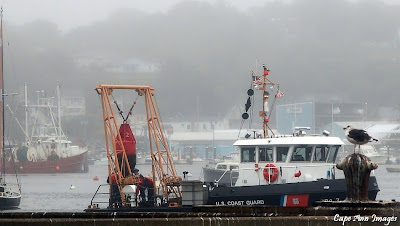 Another look at the buoy tender. 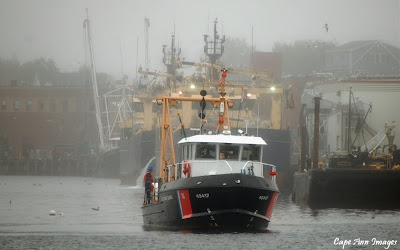 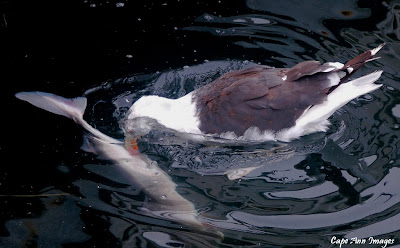 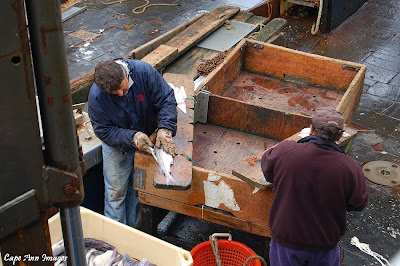 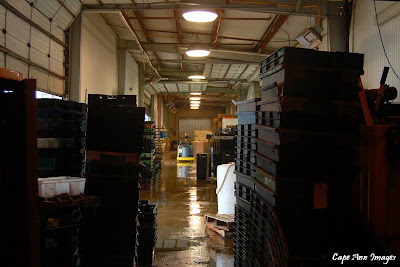 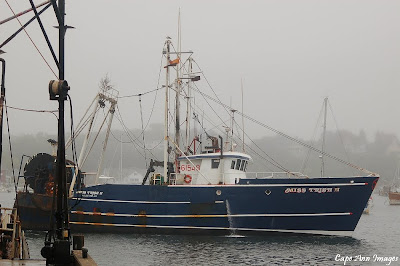 "Harmony" ties up at the fuel dock. 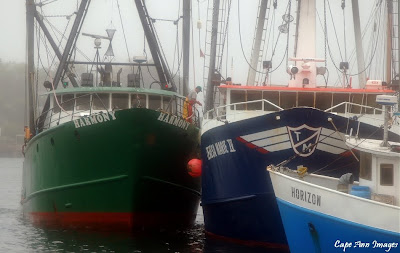 Picture time in the fog. 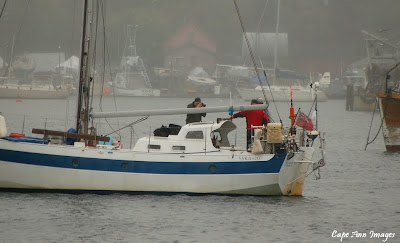 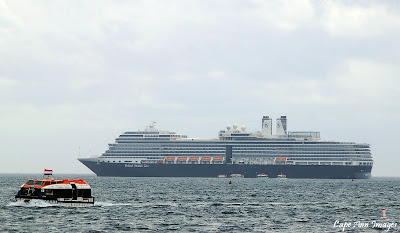 From the Fishermen's Memorial. 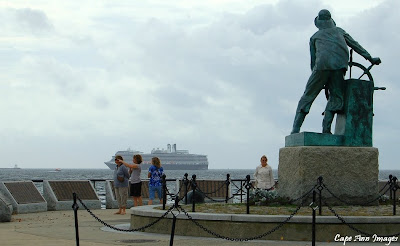 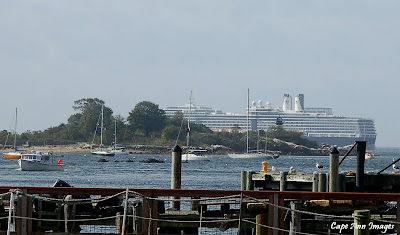 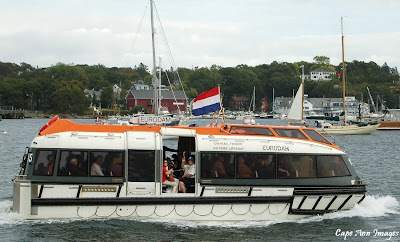 Shuttle boats under a dark sky. 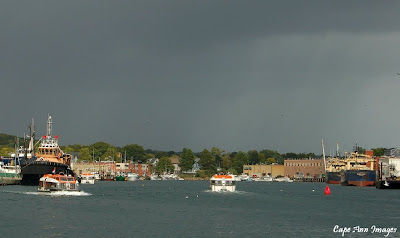 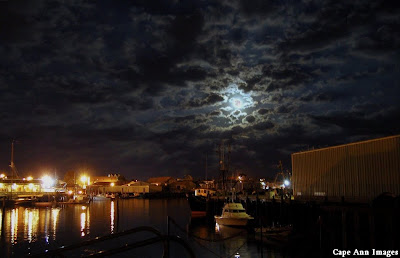 Thanks for the post. Splendid pictures, especially the last one, "Moonlight over Harbor Cove".

Thanks Barista,
That image was just by chance. I was on an errand and noticed the broken clouds and moon had that haunting look. I happened to have my camera but not my tripod which is essential for night time landscape photography. I rested the camera on the back of a nearby fish truck and clicked.