My day on the docks at 5:30am,a perfect morning. Temps crept into the high 60's not bad for the start of Fall. Later in the day the sounds of the squaking gulls were drowned out by an off key trumpet player! What was that we were hearing as our eyes scanned the waterfront. There he was down on the float a gentleman and his trumpet! The sounds of brass broken only by an occasional sips from the contents of a brown paper bag! Eventually the serenade ended when the suggestion was made he'd be better off on dry land. 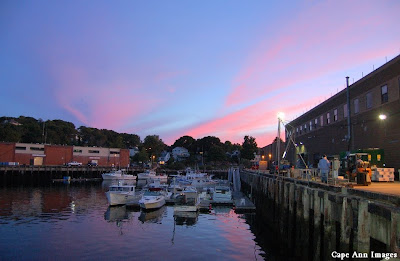 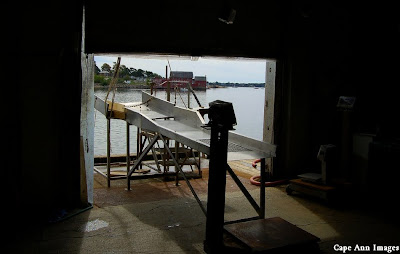 On the bow...Not exactly a scene from the movie "Titanic"! 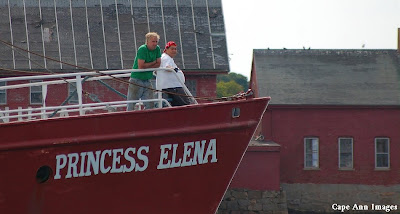 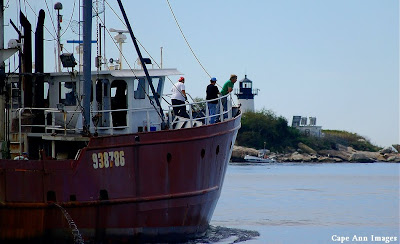 "Princess Elena" heads out to sea. 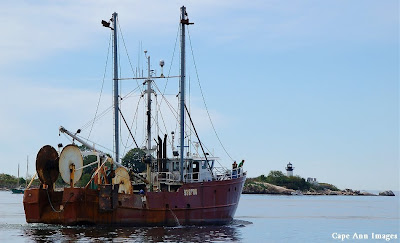 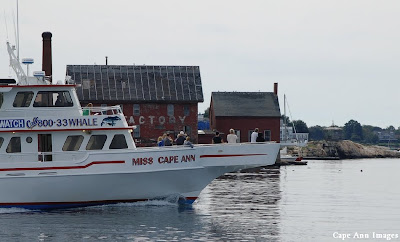 Perfect day to see the whales. 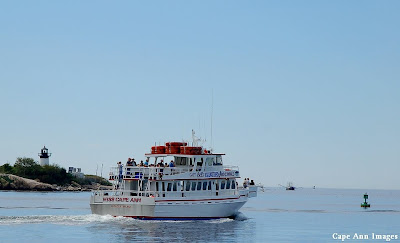 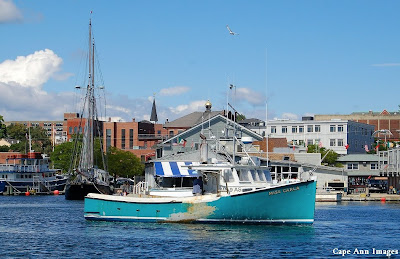 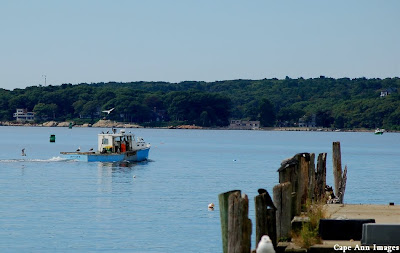 A gull had just expertly removed the lobster meat from this tail. Lucky gull! 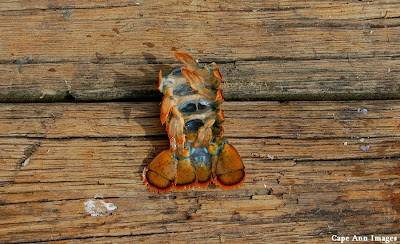 "Titan" looks like a turtle out of the water! 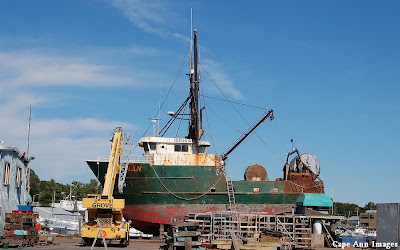 Trumpet player on the docks! 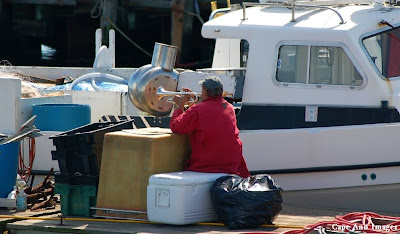 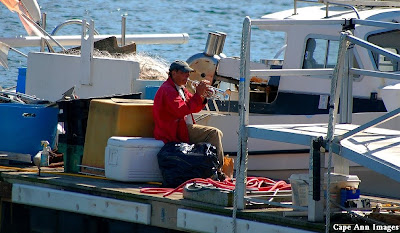 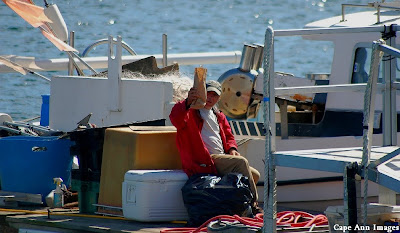