Look at this, fisheye photography without a fisheye lens. I had that feeling on the dock someone, or should I say something was watching me! One of the workers had a real fisheye and naturally I had to grab my camera.

Also on this post some pre St. Peter's Fiesta photos. 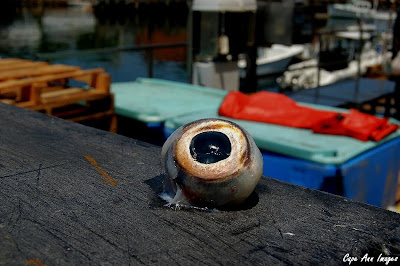 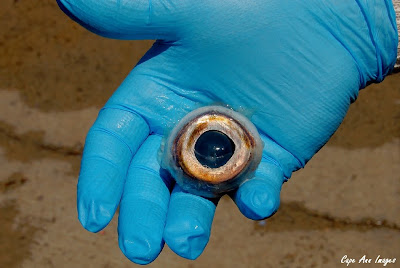 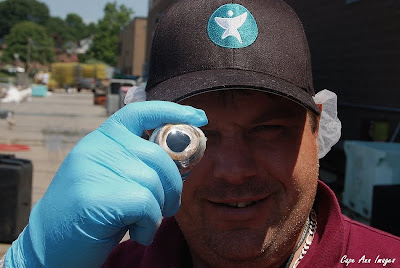 "Explorer II" and "Horizon" in the fog. 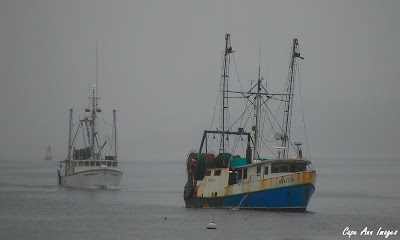 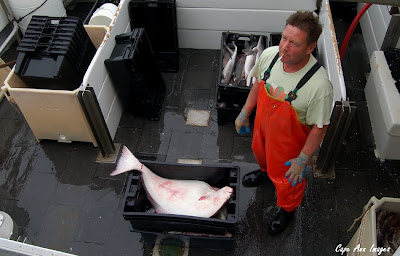 The pretty face of a Monkfish! 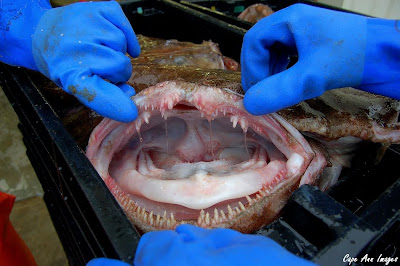 Gulls on the Jodrey Fish Pier. 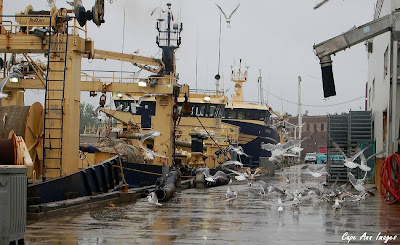 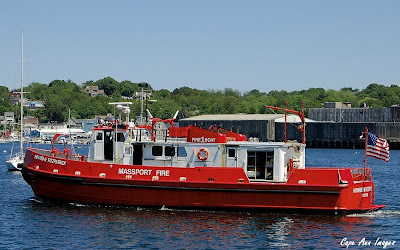 Singing gull! (The gull was singing a Yoko Ono number) 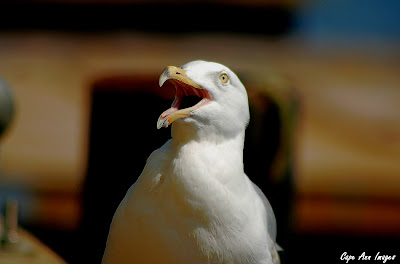 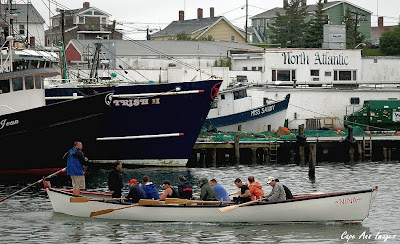 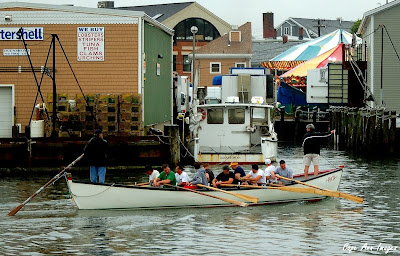 Vito wishing he was rowing. 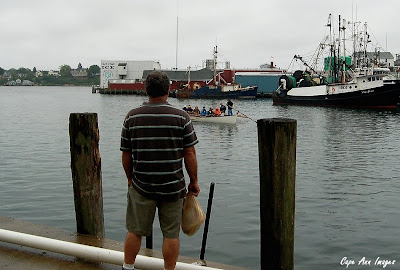 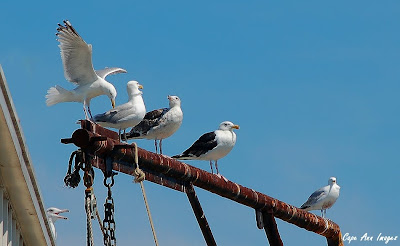 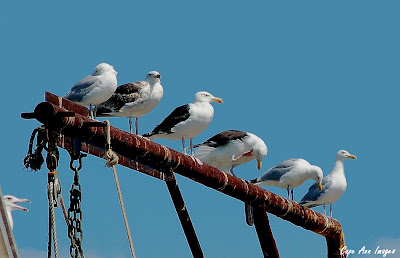