As I assemble this post the snow is coming down at a pretty good clip. I'm looking out the window and I can see the trees lit by a street light thrashing about in 40+mph winds. And over the police scanner the police are wondering why the DPW is not plowing yet! This gets me to remember the Blizzard of 1969 , a localized blizzard where Cape Ann was hammered with 41" of snow! While the rest of the region dealt with half the snowfall as we did, I'll never forget it's impact. With Cape Ann sticking out into the ocean we were hit with ocean effect snow that required the Army National Guard to bring in heavy equipment to clear the streets. We were without power for two weeks, no school for two weeks and through it all it was neighbor helping neighbor. We had snow drifts reaching the second floor and had to use the back door just to get out of the house. Forget about using your car yet the streets were alive with people walking, using skis, pulling sleds to haul the groceries home.

Young gull in the snow. 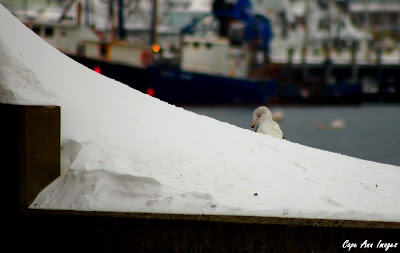 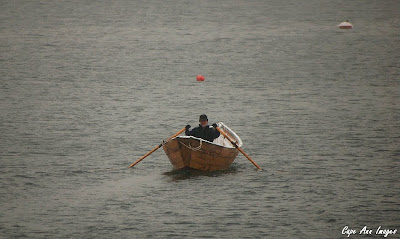 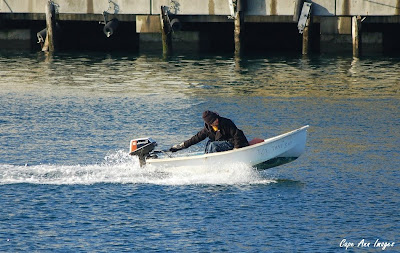 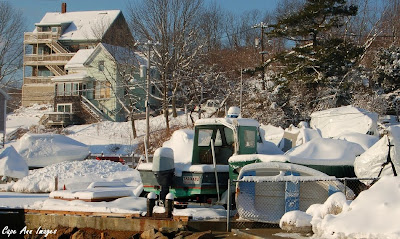 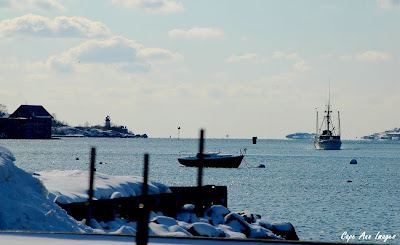 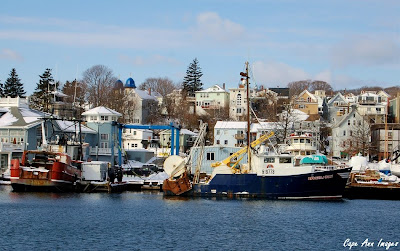 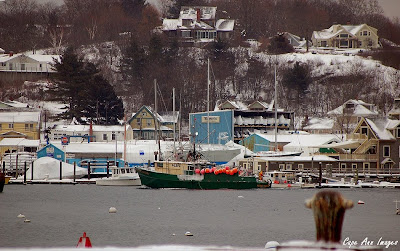 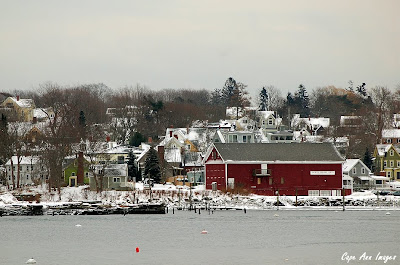 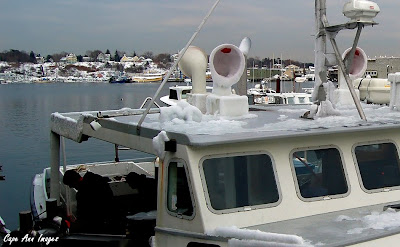 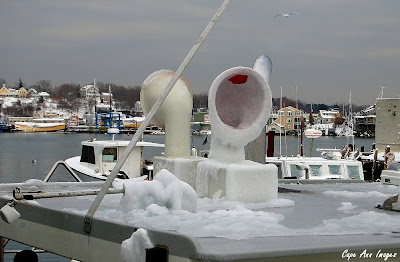 Gulls on the frozen bow. 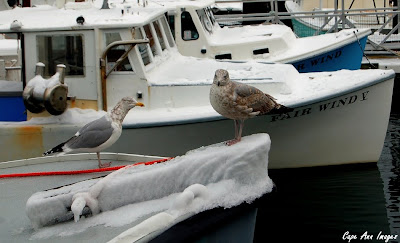 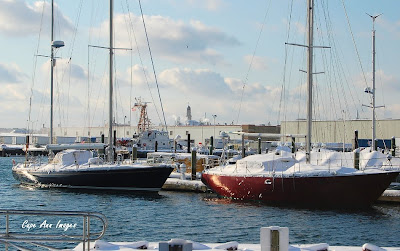 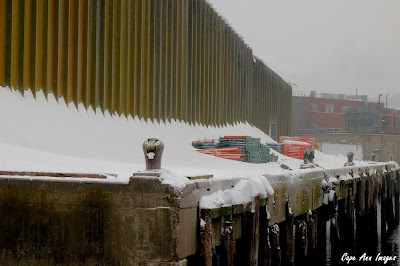 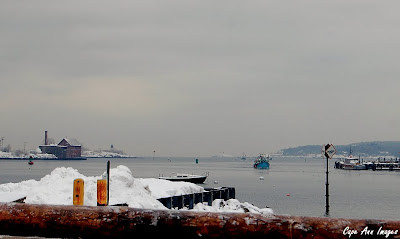 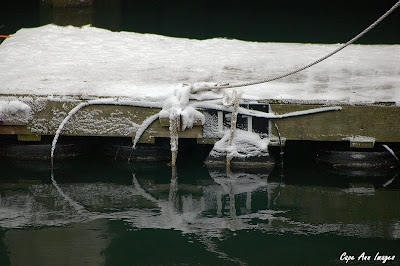 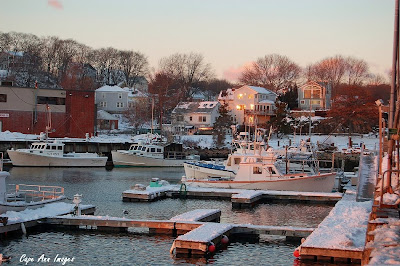 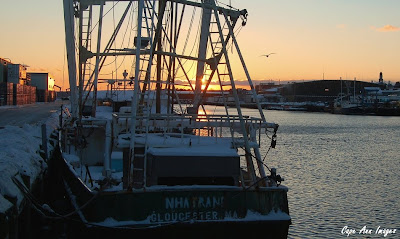 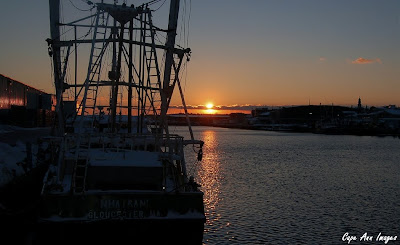 Bow Line is a beautiful composition.