Neptune LNG/Suez Energy North America based in Gloucester is one of two offshore LNG terminals off our coast just received delivery of one of their support vessels. The 128' "Independence" is one of the most advanced vessels of her type in the world! What makes her unique is her "Z-Drive" propulsion units. Instead of the traditional shaft and prop set up she has two electric motor pods below her hull that can turn 360 degrees.....no rudder needed! And her fire fighting capabilities are second to none. She can also accommodate three cargo containers. A second 101' back-up vessel, also with "Z-Drive" will also make her way here. That one will be able to accommodate one cargo container. And one of the new LNG tankers it will support will be named the "Suez Cape Ann"! 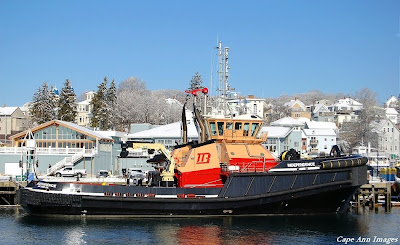 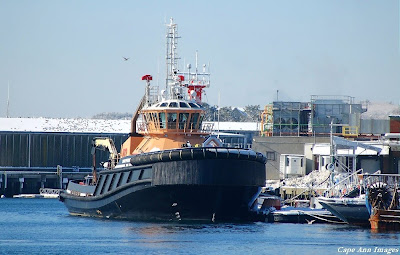 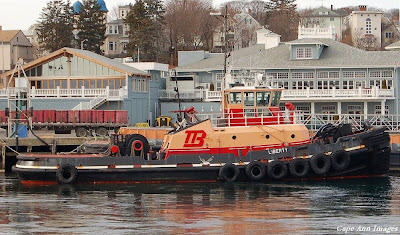 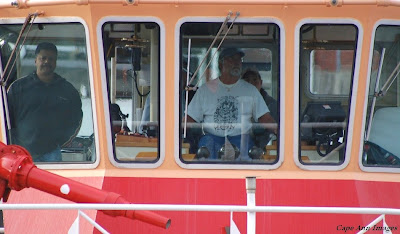 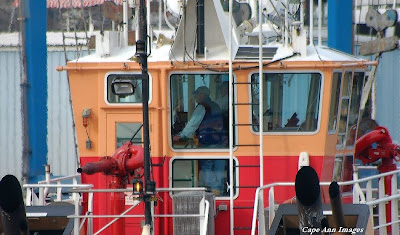 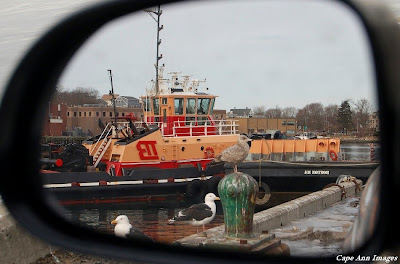 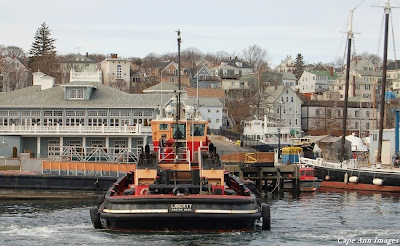 Jay,
I always enjoy the depth that you go into to describe these boats that we see but know nothing about. Thank You, Ed

Now you know something Ed !

That's some rig! Thanks for doing the homework.

jay- i lve it. thanks for getting these pics. ironically, on our way up to gloucester last november, we saw tug independence getting put thru its paces at the derecktors yard where it was built. great to hear from you; greets to the gloucester folk.